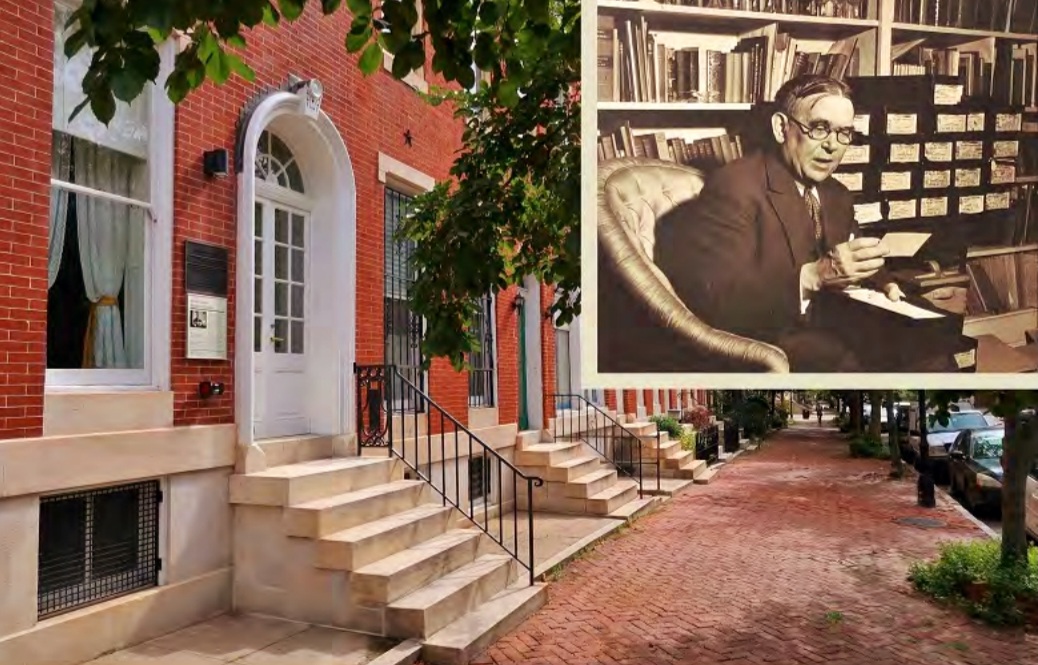 "I have lived in one house in Baltimore for nearly forty-five years. It has changed in that time, as I have - but somehow it still remains the same. No conceivable decorator's masterpiece could give me the same ease. It is as much a part of me as my two hands. If I had to leave it I'd be as certainly crippled as if I lost a leg."

Although H.L. Mencken conducted most of his editorial work in New York City, and being a national celebrity, he cherished his home in Baltimore. 1524 Hollins Street is one of a series of twelve nearly identical 3 story ‘Italianate” style row houses designed by W. Claude Frederick and built in 1883 on the north side of Union Square Park by local home builder Jacob Saum.

Mencken’s father, August Mencken Sr., a prosperous owner of a cigar manufacturing business, purchased the newly constructed house in October of that year for $2,900  and moved in with his family.  The Mencken family would continue to reside in this house for a span of 84 years, until August Mencken Jr., the youngest of August Sr. and Anna’s four children, died in 1967, leaving the house and much of its contents to the University of Maryland.

H.L. Mencken believed that American life was intellectually thin, that he had to attack its errors and proclaim its truths wherever they were to be found.  Throughout his energetic and prolific career as a journalist and social commentator  Mencken remained true to his believe, and exerted considerable influence on American society and culture.

Celebrating the end of prohibition, March 1933

"The urge to save humanity is almost always a false front for the urge to rule."